Healthy Eating: The Big Mistake: How modern medicine has got it wrong about diabetes, cholesterol, cancer, Alzheimer’s and obesity 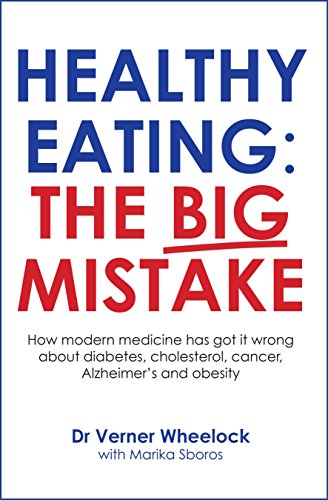 This book is an investment in your life-long health. Dr Verner Wheelock brings the food scientist’s eagle eye to the conflicting nutritional messages you receive from governments, doctors, dietitians and the media.

This book:
– Dissects the original scientific evidence upon which official dietary guidelines are based;
– Busts accepted myths about ‘good’ and ‘bad’ cholesterol;
– Demonstrates that low-fat, high-carb diets have actually compounded the obesity crisis;
– Examines the effect that big industry, bad science and arrogance have had on the nation’s health;
– Shows how the widely-accepted dietary advice for diabetes, cholesterol, cancer, Alzheimer’s and obesity is just plain wrong.


Dr Wheelock’s exposé will make you think twice about accepting official dietary recommendations at face value. His review of recent research has shown that taking an alternative approach can have a positive effect on health and wellbeing – the results speak for themselves!

Tags: diet and fitness, healthy eating, low carb diets, nutrition tips, weight loss
« The Whole30 Day by Day: Your Daily Guide to Whole30 Success
The Easy Way for Women to Lose Weight (Allen Carr’s Easyway) »
You can leave a response, or trackback from your own site.
Free Diet eBook 2